Imagine picking up a small tome, a novella if you will, after taking notice to its titillating name, The Vampire Patrons. Intrigued, you look inside to see that the book is quickly described as a vampire comedy, legal thriller. You’ve got to be kidding! But that’s the point. Robert Gruett is kidding, sort of…his short novel is part comedy, mystery, and fantasy all rolled into one. And it works quite well.

Three sibling vampires, all upstanding citizens in a world where vampires and humans co-exist (apparently along with zombies), meet weekly at Barlowe’s Restaurant. They routinely chat, verbally joust, and are attended to by Larry, a werewolf, who seems to know exactly what his patrons need for their dining pleasure.

Annie, the only female in the group, is a cop trying to solve a series of grisly murders. Freddie has a curious image problem, while Jacob is a respected lawyer. The narrator is an aspiring stand-up comedian who must settle for doing office work. Each week they become increasingly drawn into trying to solve the perplexing crime. Clever conversation and Holmes-like speculation punctuate their sibling rivalries as the plot thickens with each passing week. Larry, not immune to his patron’s dilemma, joins the fray while secretly yearning for Annie’s affections.

The wit is dry, the dialogue fun, and the element of surprise makes for a fitting end. Robert Gruett has done the unthinkable, penning a highly “comic vampire legal thriller” that makes one happy to have picked up such an unusual book at all. 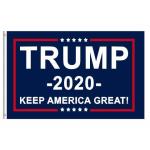